On January 20th 1945, an American B17 bomber, identification 43-37889 "Black Widow", crashed near Mechtersheim. In the course of evenets two out of nine airmen aboard the aircraft died.. One of the airmen, the Pilot, 2nd Lieutenant James Mitchell, died in the wreckage at the crash site. Eight airmen were able to bail out by parachute. One of them did not survive the jump. Sergeant Nelson Beyer was found dead in a field near Oberlustadt/Germany. The other airmen survived their jump and were captured. All of them survived the war.

Sgt. Beyer bailed out northwest of Oberlustadt, only a few seconds before the aircraft  crashed in a field near Mechtersheim. Sgt. Beyer was found north of Oberlustadt, in a field behind the cemetery, by German soldier Erwin Kirschbaum. At midday soldier Kirschbaum guarded POWs (Prisoners Of War) who had to work for the local authorities in Lustadt. Due to his advanced age, Erwin Kirschbaum was no longer allowed to serve at the front lines, but was still able to perform guard duties in the village where he lived. According to the police files Sergeant Beyer's parachute appeared to be "damaged". He probably died from the force of the impact only, without sufficient lift from his “damaged” parachute.

The police report, written shortly after the discovery of Sgt. Beyers body, describes exactly how and with what equipment and personal belongings Sergeant Beyer was found. Based on the objects found on his body, he could be identified without any problems. A few months later, after being translated, the german police report became part of the American Missing Air Crew Report (MACR) when the United States Army Air Force investigated the cause of this B17-crash and the cause(s) of death. This was (and still is) Standard Operating Procedure (SOP) with every crashed/downed aircraft in WW2, and beyond.  Sergeant Beyer's pockets revealed several English banknotes, some personal papers, and a small (unknown) tool. The police report also stated, no weapons were found. Probably the most important finds, revealing his identity, his identification tags (“dogtags”), were also found, together with a bracelet with his name on it. The report also mentions his “obviously damaged” parachute. 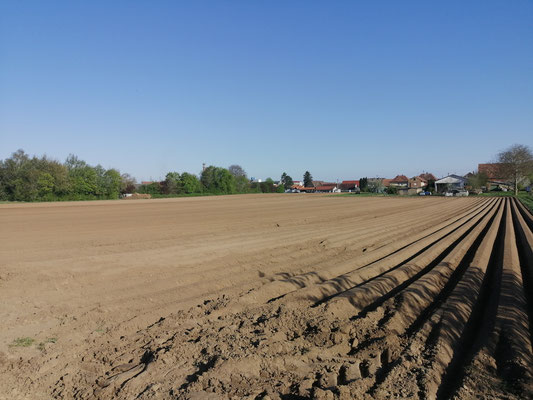 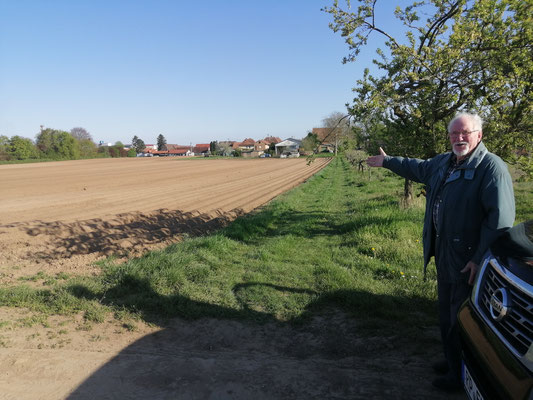 Further Investigating this plane crash in 2021 (we started in 2018), attempts were made to contact all families of the crew. Sergeant Nelson Beyer's descendants were found in Red Hill Pennsylvania, USA. They were informed about this project and our plans to unveil a memorial at the crash site in the future. Now our wish was to learn more about German soldier Erwin Kirschbaum, the soldier who found Sgt. Beyer, so we also tried to contact his descendants as well. One of the reasons  was, the exact place where Sergeant Beyer died would be very important for his descendants. When a reporter from the "Rheinpfalz", a big local German newspaper, published an article about this crash and our groups investigation, all went very fast. A few days later the son of Erwin Kirschbaum contacted me. We made an  appointment and he showed me the field where his father, Erwin Kirschbaum, had found Sergeant Beyer in 1945!

This was a (maybe) small but very important piece of the bigger puzzle of the crash of B-17 43-37889 „Black Widow“  that could be solved. Mr. Kirschbaum Junior being the last person to know this detail, at some point in the future nobody would have been able to tell us about this historical site. It would have been lost, fading away in history. Now it is well documented and the Beyer family can visit the site in the future.                   Erik Wieman 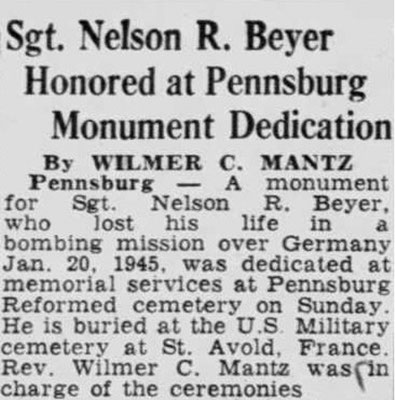 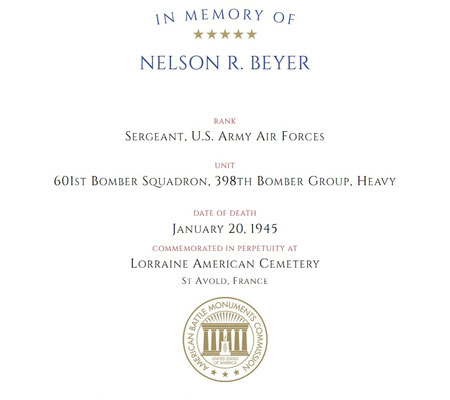